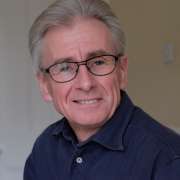 Dr Tom Pierce went to the newly created Medical School in 1976, and saw first-hand cardiac surgery as a house Officer at Southampton’s Western Hospital in 1982. After his medical SHO training in Derby he moved to anaesthesia and intensive care in Nottingham and then Southampton. After completing his post-graduate exams, he spent a year in Groningen in the Netherlands, returning to Southampton first as Senior Registrar and then appointed to consultant in 1992.

His clinical cardiac anaesthesia practice covers all ages and includes both adult and paediatric anaesthesia as well as postoperative cardiac intensive care. He retired from clinical practice in 2022 having anaesthetised over 9000 patients for cardiac and cardiological procedures.

Away from the clinical arena, he worked as a Royal College of Anaesthetists (RCoA) Primary FRCA Examiner from 2006-2019 and for the last 9 years has been the Environmental Advisor to the RCoA, has been actively involved with the College’s Environmental Strategy and the inclusion of environmental sustainability within the new training curriculum. In 2021 he received The Royal College of Anaesthetists Medal for his work in this field. Following his retirement earlier this year, he continues to work part time as a Medical Examiner and has a sustainability role advising veterinary anaesthetists.

Have YOUR say on the future of Congenital Heart Disease research!
Scroll to top